Our Advisory Board is made up of accomplished professionals at the forefront of finance with a deep passion for its impact on society and the important role women play.

We work together closely to provide the most eye-opening, educational and inspirational content available – dedicated to help empower our rapidly growing community with the knowledge and skills needed to flourish in the sector. 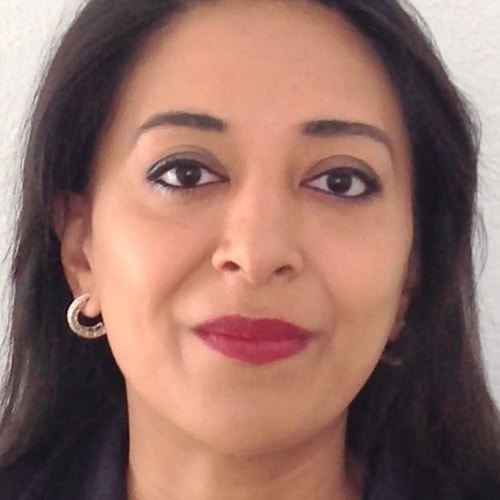 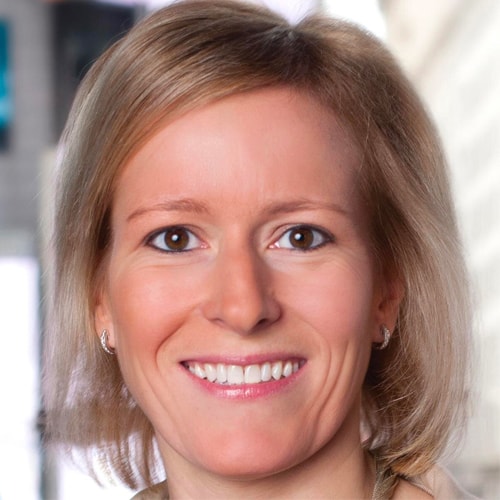 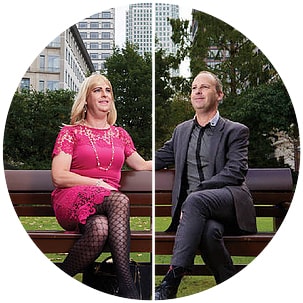 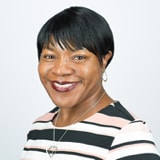 Before joining NatWest Markets in 2010, Saadia worked at Citi, Bank of America and Barclays Capital in Risk, Sales, Strategy and Project Management, based in London, New York and Dubai.

Investing in others is a passion for Saadia who co-chairs the RBS Women Policy & Advocacy Committee. She has worked with Fitch to design training and is currently a Tutor and Mentor on the Henley Business School Executive Hedge Fund Programme.

As well as founding and co-chairing the 100 Women in Finance Peer Risk Advisory Group in London, Saadia serves on the Steering Committee of the Professional Risk Managers' International Association. Saadia is a member of Women on Boards and the Ernst & Young Future FTSE Women's Network. She’s also held Non-Executive Director roles for a charitable trust and was Chair of the Audit Committee. In 2018, Saadia was a finalist in the Banker of the Year category - Women in Finance Awards.

Saadia holds an MBA from London Business School, a Post-Graduate Diploma in E-Commerce from Birkbeck, University of London and a BSc (Hons) Banking & International Finance from Cass Business School.

Charlotte Crosswell is the current CEO of Innovate Finance. She has spent most of her financial services career in market infrastructure roles. Most recently, she was CEO at Nasdaq NLX (“NLX”), a London-based startup derivatives market, and sat on the board of LCH Ltd. She has held a number of management positions at Nasdaq and London Stock Exchange across international capital markets, equities, fixed income, OTC derivatives trading and clearing. In addition to her current work with Innovate Finance, Charlotte advises and sits on the boards of technology and FinTech startups. Charlotte holds a BA (Hons.) in French from the Southampton University. She has been included in the list of top 100 Women in Finance over many years.

Along with her role as Director and head of Global Markets Technology Core Engineering Integration Components, Pips is co-chair of the firm’s LGBT Ally Program and a member of Credit Suisse's EMEA LGBT committee (which both aim to encourage an inclusive work culture where all are encouraged to bring their whole self to work and to promote authenticity in the workplace regardless of gender identity, gender expression or sexuality.)
Pips identifies as gender fluid and has always been open and out both personally and professionally - she typically spends half of the week as Phil and the other half as Pippa both at home and at work. Pips has been happily married to her wife for over 22 years and they have been blessed with 2 children who are now 20 and 17, all of whom embrace whatever opportunities possible to help promote the acceptance and celebration of diversity and inclusion in all aspects of life.
Prior to Credit Suisse, Pips was an Executive Director at Goldman Sachs for 5 years, worked at UBS for 2 years, IT consultancies for 3 years and a technical officer at British Telecom research for 7 years.
Pips was awarded 4th position in the prestigious Financial Times and OUTstanding LGBT and Ally Executive leader list, featured in the Financial Times Top 50 Women awards list and shortlisted for the top 10 Inspirational leader category as part of the British LGBT Awards.

Ms. Pullinger is the Chief Executive Officer of 100 Women in Finance (previously 100 Women in Hedge Funds). She leads a small staff team and manages over 500 volunteer practitioners globally, overseeing the operations of the organization, which now has over 15,000 members in 23 locations.

Ms. Pullinger is a former principal of Aquamarine Capital Management, where she was responsible, over a period of seven years, for managing marketing, investor relations and back office administration for two private investment funds.

Ms. Pullinger is a Non-Executive Director of FlyPlymouth, based in Plymouth, UK. She is currently on the Boards of the HALO Trust (USA), the American Friends of The National Portrait Gallery (London) Foundation and serves as a Director on the Oxford University Alumni Board. She is also Vice Chair of the Women’s Network Forum and Vice President of The Brasenose Society. Previously, she served as Chairman of the Board of The HALO Trust (www.halotrust.org) and on the Boards of SkillForce, NYU Cancer Institute and Girls’ Prep, and was on the founding Board of 100 Women in Finance, serving as its President for two years. She is a member of the British Academy of Film and Television Arts (BAFTA) and a Fellow of the Royal Society of Arts.

Ms. Pullinger graduated from Brasenose College, Oxford University in 1987 with an Honours Degree in Modern History. She earned an MBA from La Salle University, Philadelphia, in 1998, and received the Academic Award for MBA student of the year as well as the Beta Gamma Sigma designation.

I co-founded E2W 20 years ago to address a critical issue in the financial services sector and society – equality. I still run this business that dedicates itself to supporting the financial services careers of women and helping Banks collect the gender dividend.
This year E2W will make a real difference to the careers and lives of over 400 women. Through the support we give them via our membership programme and by partnering with Financial Institutions who want to recruit, retain and help them flourish.
I am doing this because I'm passionate about the economic and social benefits of gender equality. More men need to get on board with the agenda.

Fiona has extensive experience in the Financial Services Industry working in Retail and Commercial banking, Learning, Talent, Development and Diversity and Inclusion. Fiona has always had a passion for diversity and inclusion which compliments her natural people focus and commercial head.  She was previously a senior Global Diversity & inclusion for four years and has been with HSBC since 1997 after joining on a five-year management trainee programme.

She is passionate about inclusion in business, is dedicated and vocal in her passion to drive for more inclusive behaviours to be demonstrated to all and works tirelessly for the implementation of a holistic inclusive approach.

She is a highly sought after speaker, panellist and thought leader, partnering with government bodies and organisations, and is someone who has consistently demonstrated her commitment to the agenda.  She is open to sharing her passion, creativity, ideas and practical real solutions to make impactful change.