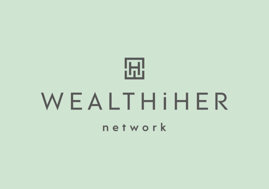 The WealthiHer Network, a group of change agents from the world of finance, who have come together to drive positive change, championing female investors, entrepreneurs and clients and celebrating the diversity of women’s wealth launches on International Women’s Day. It includes some of the world’s biggest banks and insurers, collaborating to make the financial world more female focused.

Despite predictions that by 2025 over 60 per cent of the UK’s wealth will be held by women, the financial industries remain dominated by men. The WealthiHer Network aims to change this.

Research, carried out by the world’s leading marketing research and consulting company Kantar, commissioned by the WealthiHer Network and released today, highlights the different attitudes to wealth between men and women.

The survey of 2,542 British adults, carried out online between February 14 and February 19, found:

Co-Founder Tamara Gillan said: “For women, money is not just an end, but a means to an end. They see the opportunities wealth creates for independence, the people they care about, the next generation, and for the benefit of everyone.

“But their diverse stories of success are not championed. We are going to change that. “We are delighted to be launching The WealthiHer Network, a group of change-agents from the world of finance who have come together for the first time to champion female investors, entrepreneurs and clients.”